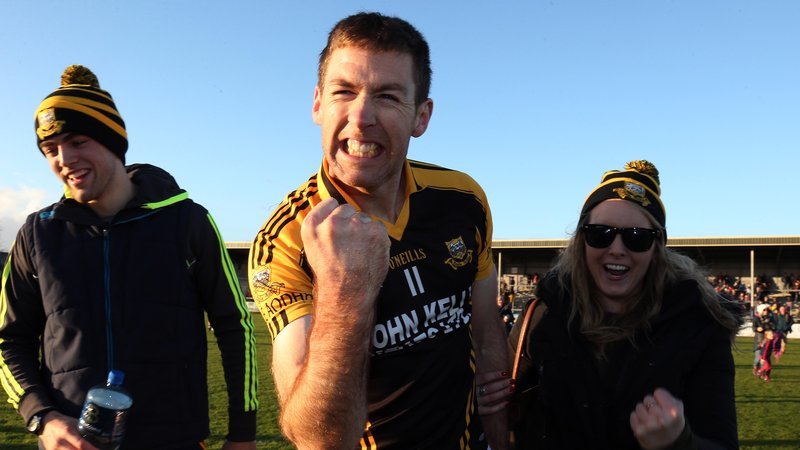 Published: about 6 years ago

Gary Brennan has admitted that Ballyea’s run to an All-Ireland club hurling semi-final has even taken the players by surprise, but that the potential has been brewing within the club.

Three weeks after claiming a first-ever Clare title, the small club from outside are Ennis are the toast of Munster after defeating Glen Rovers 1-21 to 2-10 in Thurles.

St Thomas’ of Galway stand in their way of an appearance in Croke Park on St Patrick’s Day and for Brennan, a remarkable season for club and county goes from strength to strength.

Brennan captained the Clare footballers to the Division 3 football title earlier in the year and was a key figure in their unlikely run to the All-Ireland quarter-finals, with his performance at midfield earning an All Star nomination.

Since returning to club hurling action, he has occupied a pivotal role in the forward division in a historic season and picked off a point in the victory over the Cork champions.

Ballyea’s season however began with defeat in their championship opener and Brennan admits that it has been a big turnaround in fortunes.

“An All-Ireland semi-final was a long way from our thoughts after that first round defeat,” he told RTÉ Sport.

“We never expected to be in this position, but we’re delighted to be there.”

The 2013 Hurler of the Year Tony Kelly was again a leading figure in centre field with five points from play, though Brennan says the collective performance is what is driving the team forward.

“There’s always been a lot of potential in the team. You only have to look at what we have.

“When you have Tony Kelly in the middle of the field you have a chance of doing something.

“With the likes of Jack Browne, Paul Flanagan, Gearoid O’Connell and all the experience they have. We always felt there was the potential to grow.”

U21 Footballers into the Semi Final

Congratulations to our u21 footballers who were victoriou...

U21 Football Quarter final vs Corofin will take place thi...

We have been asked to advertise this worthwhile fundra...

Good Luck to Ballyea in the Munster Final

All in Clondegad would like to wish Ballyea the best of l...

Get live information for Club on the ClubZap App